We are starting this post with a thematic video again! The video for the song from “Dangal” (Hindi, “Struggle”) movie soundtrack. We have selected it, as our next project in India was completed and went to implementation stage. The word “Struggle” perfectly describes the work process! Stay tuned!

We know the owner of the Hotel quite well. He turned to us after hiring an architect from Malaysia – in order to save some money.  The architect presented himself as a specialist in the hotels area and a student of the famous architect Jeffrey Bab. (What we, seriously doubt after everything we have seen at the construction site).

– The layout of the building almost makes the hotel entrance invisible;

– The structure of the building didn’t provide a single possibility to locate the swimming pool on the top floor – as it was supposed. So, it became basically impossible to build it there. As to the second pool, located on the first floor – it can be accessed only from a few residential rooms, and simply has no alternative access!

– The sanitary facilities on the first two floors didn’t matched, as a result of which two separate water and sewage systems were constructed in the building;

– The columns of the carrying frame of the building were located at different distances from each other, randomly and chaotically – strictly in accordance with the project!

– The location of the windows and balconies in the rooms of the second floor didn’t supposed that they would face the facade of another hotel, located a meter and a half from them!

– And the most delicate detail: the bathrooms of the ground floor rooms had panoramic windows with views of the street and the pool)))

(Obviously, these are the most vivid examples of blunders during the design stage. You can only imagine what was waiting us at the level of trifles: one could easily write a whole book about them, as well as about the terrible quality of the construction)

At some point, the customer apparently lost his nerve (or maybe the inspiration awoke) and he personally joined the project!  He had ordered all the furniture at his own taste – in different colors and with different design. After the project was frozen for 4 years.

And now, after 4 years, this is what we had:
an unfinished B&B hotel with a huge number of issues and weak areas and scattered design and furniture. The only advantage was that the third floor was planned for the pool, and therefore was completely empty. This allowed us to design additional rooms from a scratch.

As a result of our work, we managed to provide hotel with more or less decent look for a three-star hotel. We designed it in a single eco-tropical style, generously decorating common areas with green plantings, as well as through closing some of the rooms’s terraces – to ensure the privacy of the future guests. Plus, having provided a uniform style for the interior of the upper-level rooms, we managed to improve the rest of the rooms – through decorative elements and textiles, using the furniture ordered by the Hotel owner. 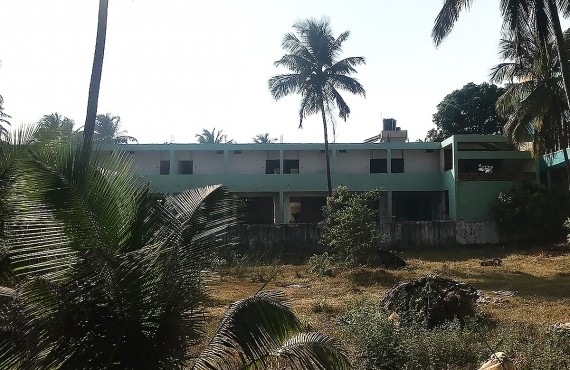 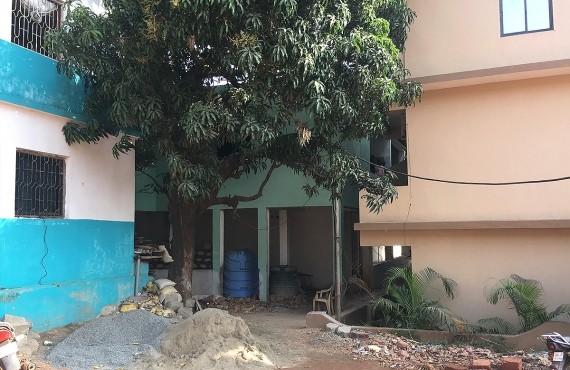 The main entrance to the hotel 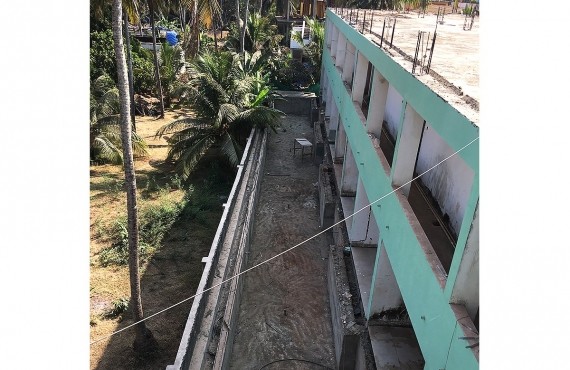 View from the roof 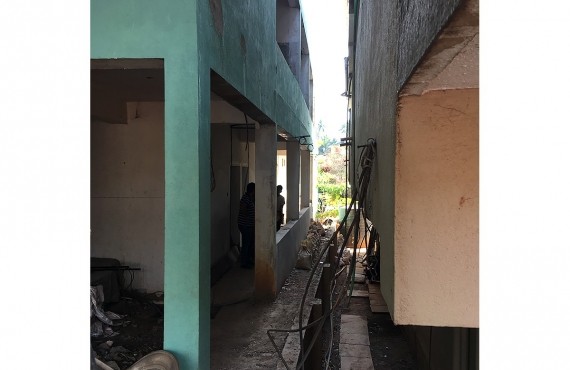 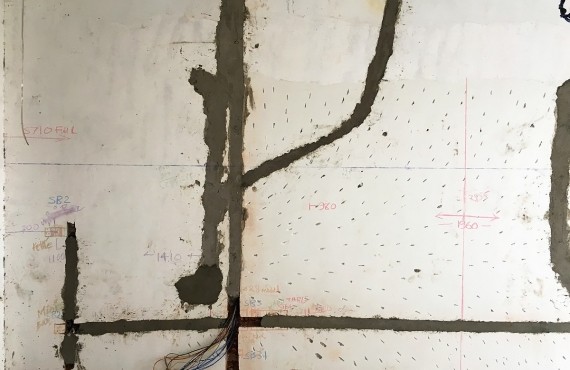 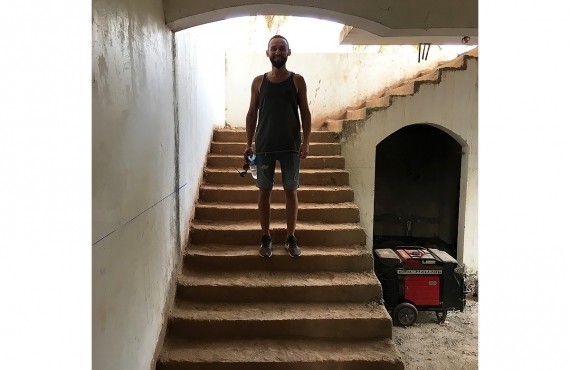 So, what about the height 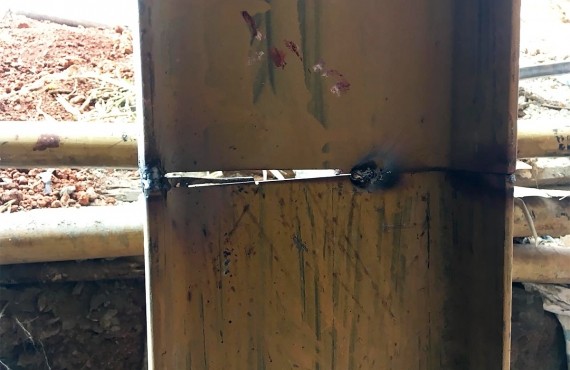 One of the metal support-pillars of the main building 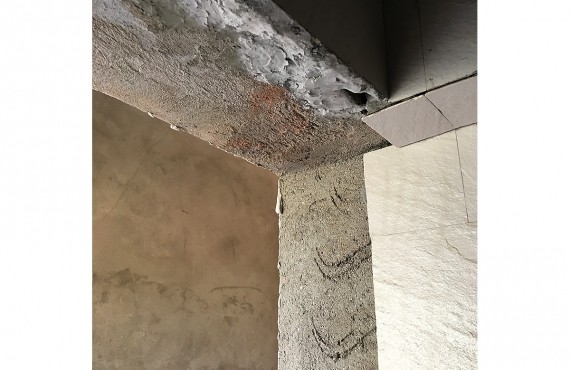 In what state we got the building

Honestly, we cannot say that the result is perfect – due to the fact that some of the design mistakes are unrecoverable! However, in terms of further development of someone else’s failed project – we are satisfied with our work! After our intervention, the hotel will begin functioning – corresponding to the declared stars and will not cause any questions about its design. In addition, we still managed to fully work on the top level of the hotel and demonstrate what a hotel could look like if it had a clear concept and a professionally developed project from the very start.

Welcoming the work already done, the customer referred to our studio the construction contract for an additional complex, which will include a restaurant and a swimming pool – designed for the hotel and outside guests! We are already working on sketches and plan to start the construction works next year.

Find out more about the works on this project on our website: about the improvement of rooms interior and about the project of the top level of the hotel, fully developed by the Studio.