Before starting the works on developing a logotype and set of promotional materials for Bollywood Film Festival, we have identified a number of components of the future visual image, based on its specificity and features.

First, the very concept of Bollywood is very distinctive and very different from Hollywood or European cinema, and therefore, for its graphic representation, it required a non-standard approach – without using traditional elements or film attribute.

Secondly, since Bollywood films form their own genre, combining action movie, fairytales and musicals and represent some kind of fantasy with a necessarily happy ending – the visual image should have been endowed with relevant features: fantasy, fairytale and going beyond the usual.
In addition, the logotype should had a correct reading – in accordance with Indian culture and traditions, as well as have no contradictions with the existing image of Bollywood.

Our studio has developed various sketches and options, but the unconditional favorite, fully complying with all the designated criteria, was selected a brand mark that represents a silhouette of an elephant floating in the air. Having a direct relation with the region, associatively very positive and kind, clearly реresenting the idea of thinking outside the box, the image carries high amount of fabulousness and fantasy.

The brand mark is combined with “Bollywood Film Festival” inscription, when in the logotype. The inscription is made in bold, easy to read font, which allows convenient positioning of the logo on billboards and posters. Another definitive advantage of the logo is the simplicity of its use in any available format, including screen printing – thanks to the simple and readable image of the floating elephant and the selected font. 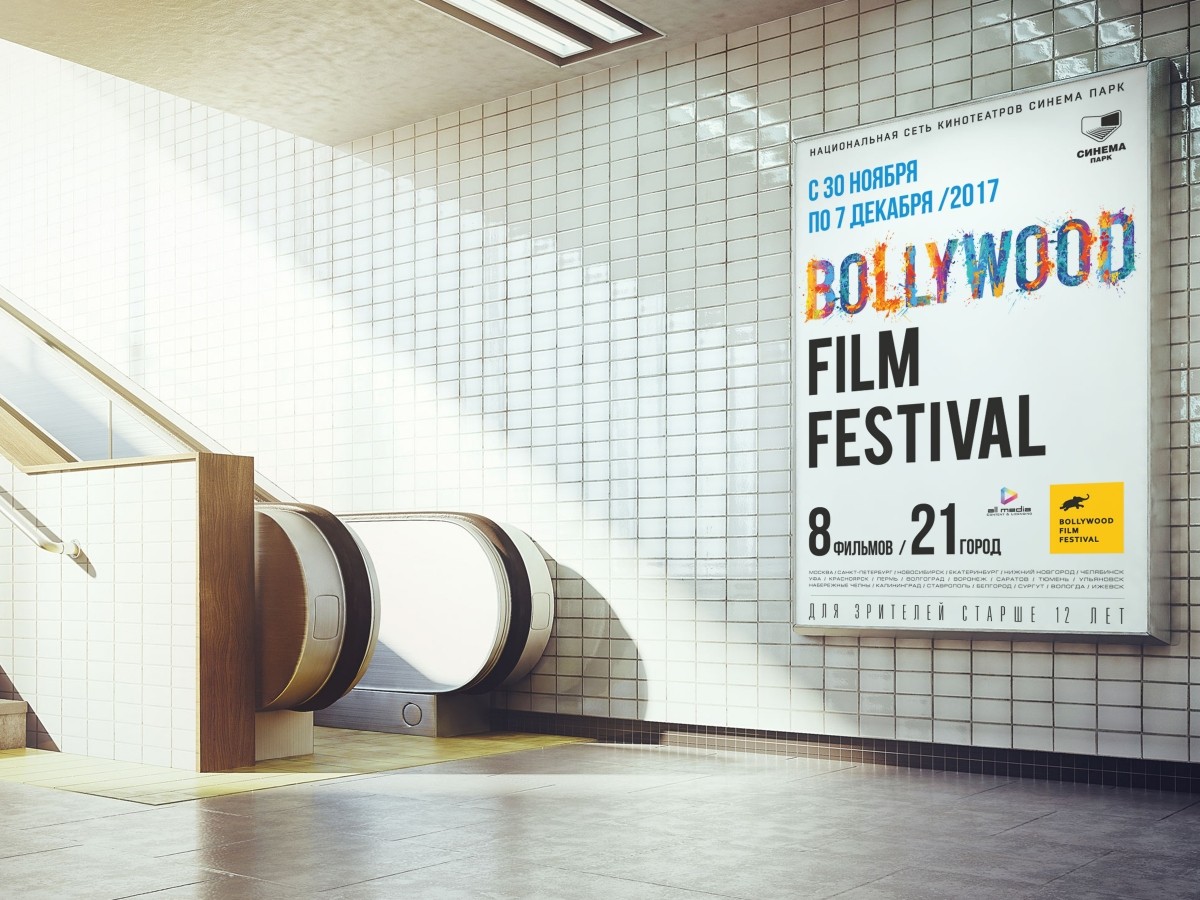 We are especially proud that the designed logo is not only understandable and catchy, but also arises kind and positive emotions – just like the Bollywood movies!