In 2010 we were assigned a task to develop a concept for the design of vodkas by “Hagenas” Company. Initially, the project included the launch of the production of “Abri” apricot vodka, but in the process of the concept development, the production line was supplemented with “Kizo” dogwood and “Tutti” mulberry vodkas, that formed a line with an original and memorable verbal combination of “TutiAbriKizo”. 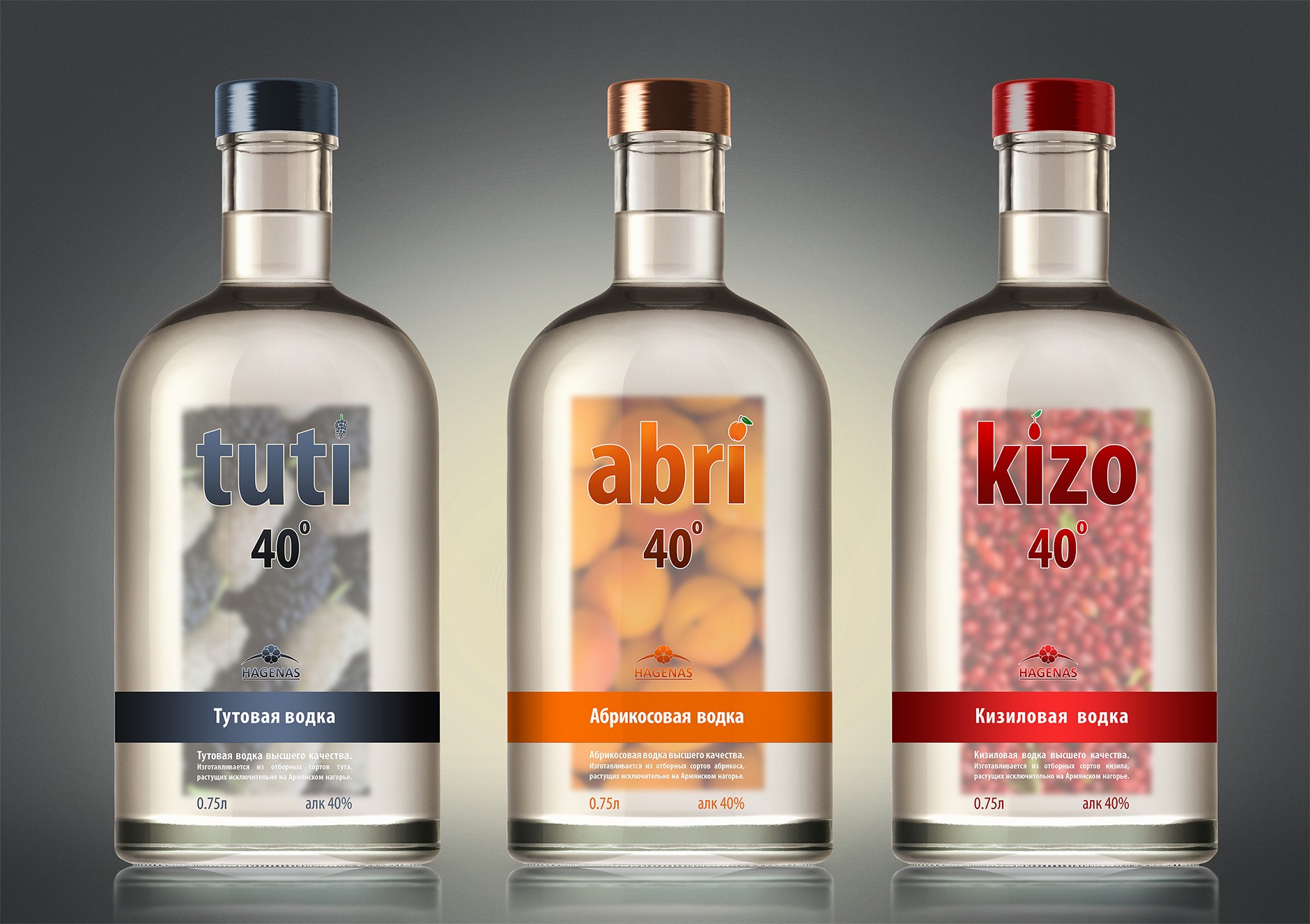 The design solution was found by placement the images of the fruits, on the basis of which the beverages were made, on the back of the counter-label. Combined with the simple typographic solution of the label, made in the synonymous colors for the each taste, this allowed highlighting of the new line of vodkas among its competitors – creating a truly individual and fresh visual image.