In 2020, we were invited to work on a development of an Apart-complex, that was already under construction.The customer was unhappy with the existing project developed by a third-party contractor and turned to us for a detailed revision of the project. The project was already under construction at that time, and our task was to take the project to a higher level, keeping the budget within its original limits. It was rather challenging, as by that time, main buildings were already under construction and our task was push the project to a higher level, staying within the original budget. Despite a tight budget and short deadline, we managed to drastically change the perception of the future apartment complex at minimal cost and within a short period of time. 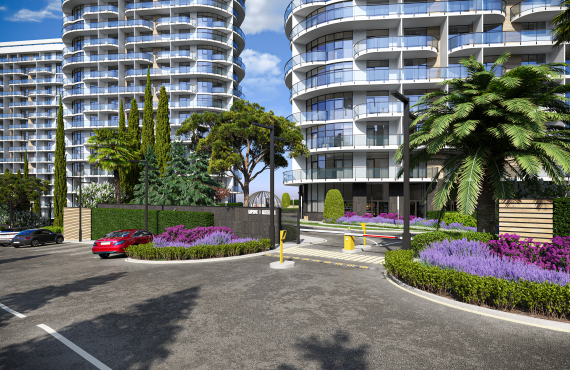 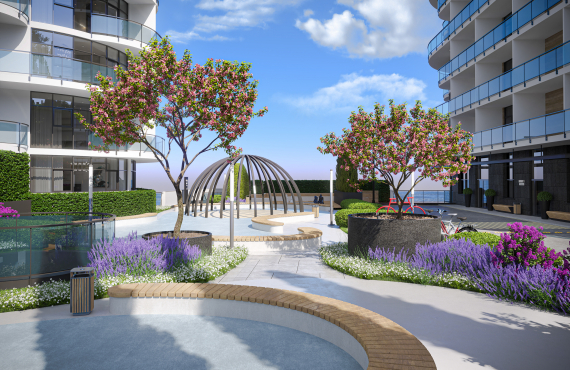 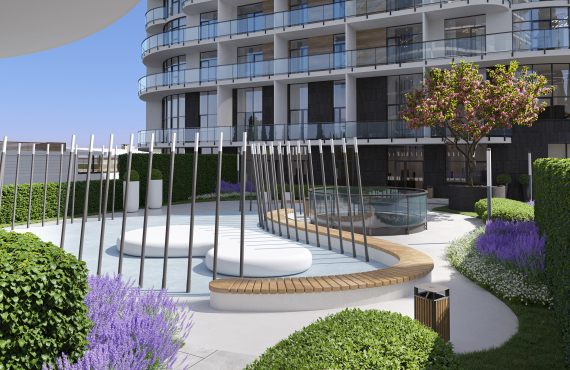 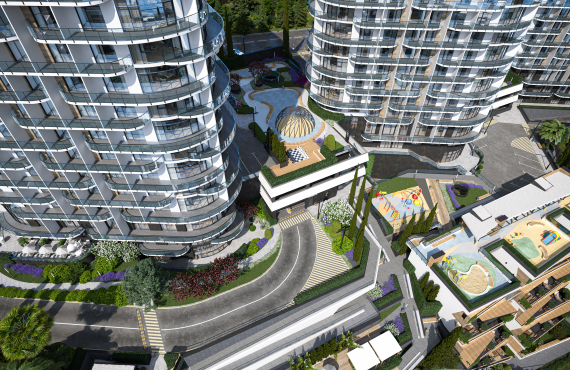 On a total area of more than 5 hectares, the development includes eleven 16-story buildings, a 5-story club building and a shopping center. We were involved in the first stage of the development, which included three towers and the club building. There was a significant difference in relief between the different levels of the complex, which wasn’t taken into account during the initial design.

In addition, we had to rework the concept of linking levels, makinglogistics easier, as well as creating an inviting environment to the residents corresponding to a business class requirements. As a result, we had to provide simultaneous solutions for both: providing internal logistics between complex areas and utilizing all available architectural techniques to take advantage of the complicated relief of the site.

Bird’s Eye View of the Site

Basically, the lower part of the club building was divided into four levels by walls without any specific purpose.

We turned these areas into a full-fledged recreation area by deciding to make them one of the main points of attraction of the complex.

On four terraced levels, there is a kid’s pool, a main pool, sun loungers, a cocktail bar, and a large barbecue area for 3-4 companies. Aqua zone design includes all necessary technical rooms, bathrooms, showers, and lockers. 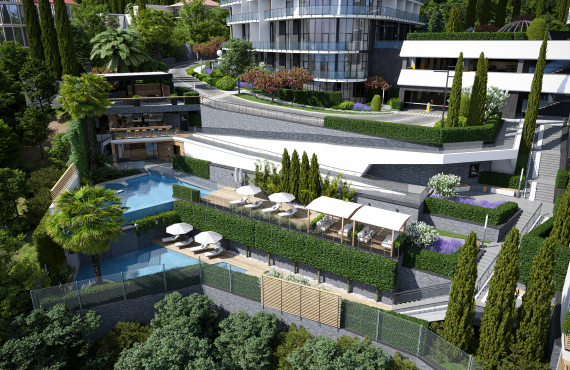 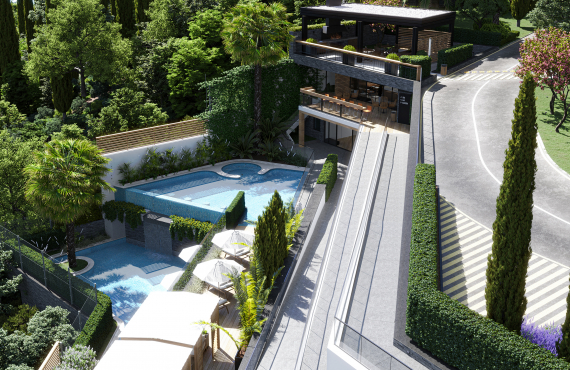 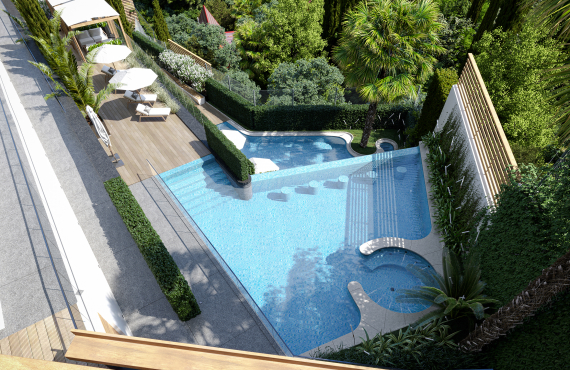 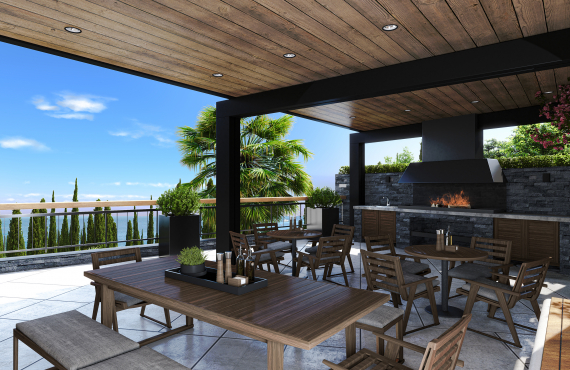 By utilizing many passages, stairs, and pedestrian paths we were able to integrate organically these levels into the project: the main stair passes through them, supplemented by ramps for vehicles, while the zones are connected by convenient crossings and stairs.  It is necessary to move between all levels and zones according to an optimal route, bypassing unnecessary distances and providing navigation tips – to ensure the comfort of daily use.

Following our initial plan, we installed a ceiling between the 16-story building and the parking and club building roofs. As a result, we managed to acquire additional areas for recreation and walking. On the operated roof and newly constructed ceiling of the club building, there were two playgrounds, a workout area, a covered recreation area, and technical premises. A promenade built between the buildings provided a further increase in connectivity of all common areas – a convenient passage led directly to the main stairwell, connecting the aqua zones with recreation areas. 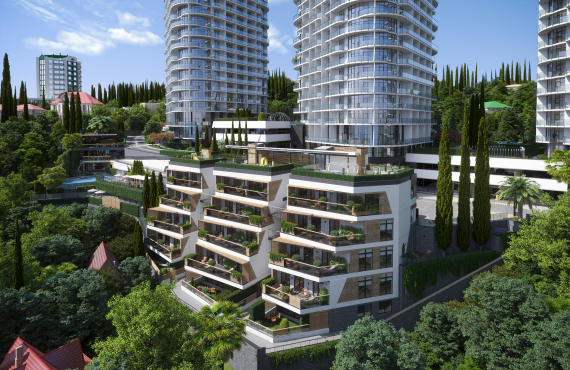 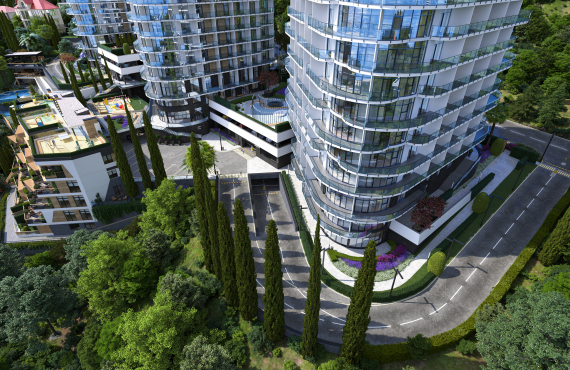 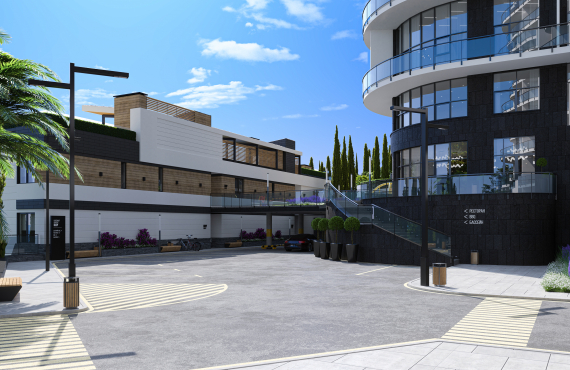 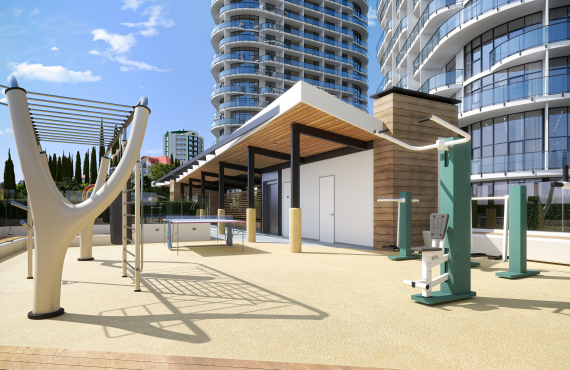 Our work also included rethinking the architecture of the complex – the facade of the club building, the lower part of the facades of the high-rise buildings, and the entrance groups. Initially, the club building was designed without any facades and had a terrace-like shape. We changed the angle and added wood pergolas over the overlapping terraces to avoid this problem, empowering the facade with tangible dynamics and allowing us to achieve a completely different external perception of the building. 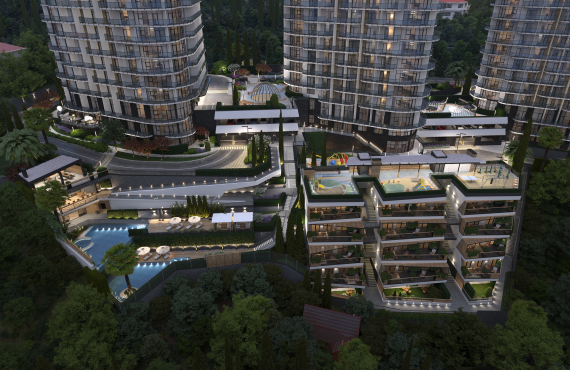 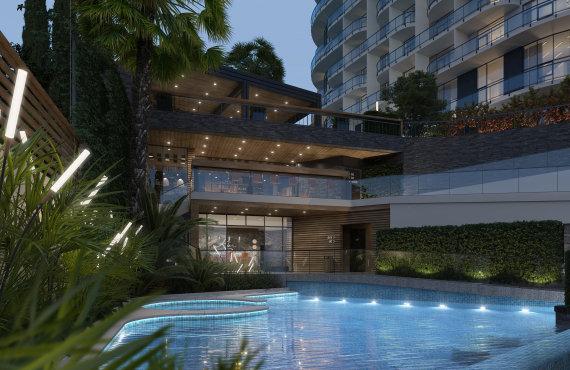 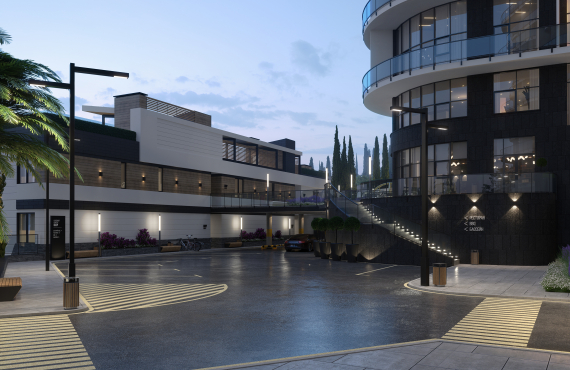 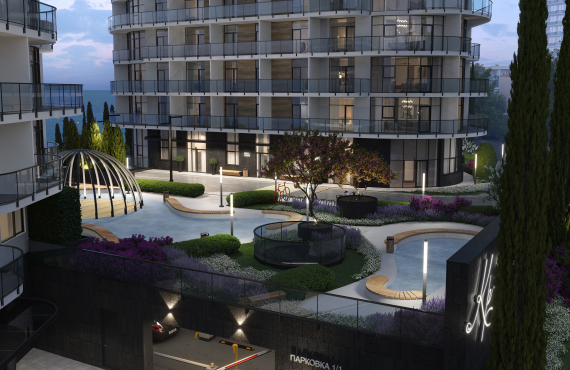 In addition to the architectural work, project development, navigation, and logistics, we also developed a detailed landscape and architectural lighting plan to emphasize the decorative objects, which elevates the building from the surroundings and makes it even more impressive at night.

Bagrat Harutyunyan and Margarita Sepoyan – Chief Architects of the Project